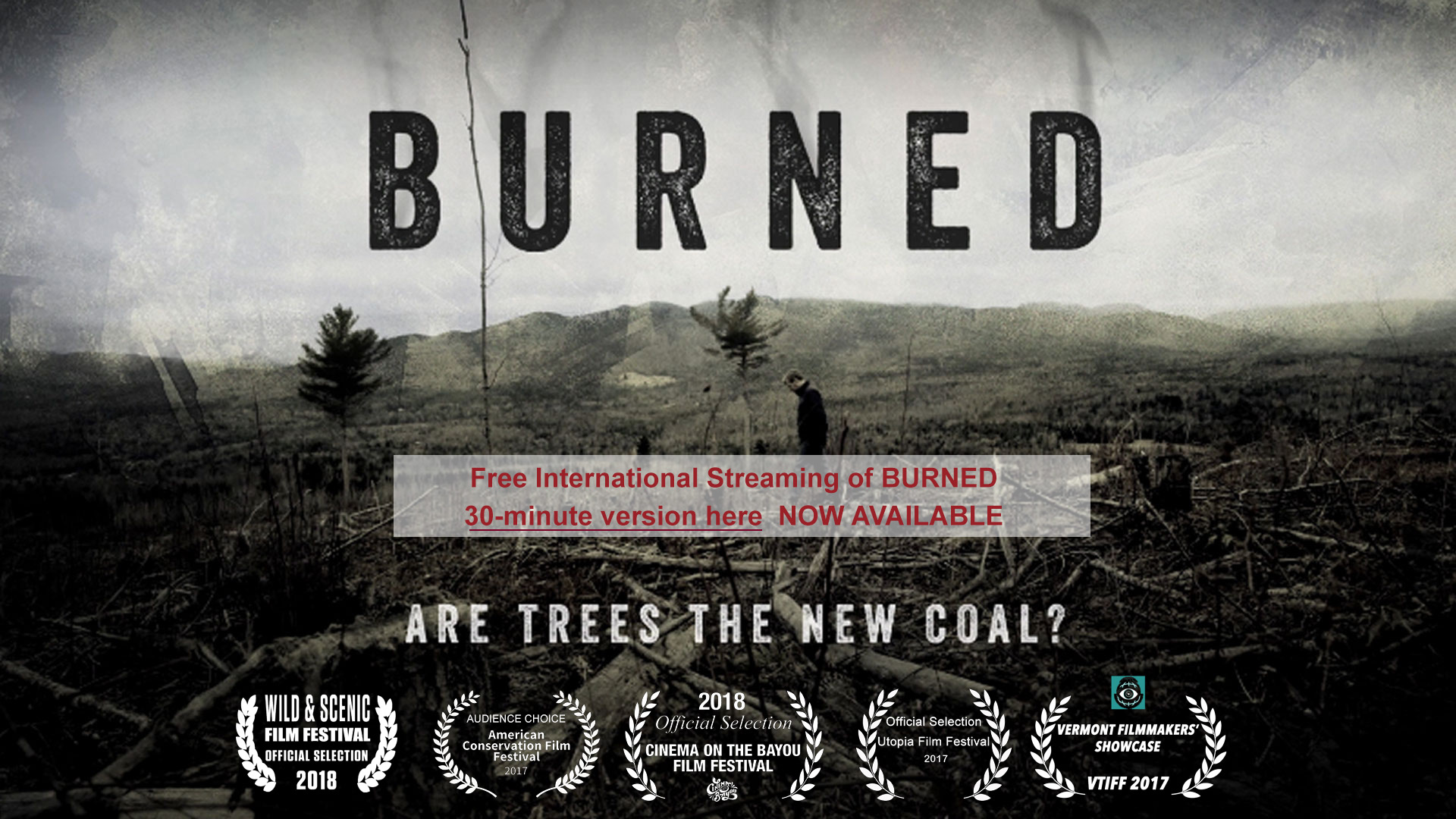 Burned: Are Trees the New Coal?

A film by Alan Dater and Lisa Merton

“This film elicited a powerful and passionate response from our audience this year with many saying they had no idea about this issue and its devastating impacts. BURNED reveals the shocking destruction of our forests for fuel and the resultant rise in carbon emissions that exceed those of coal-burning.”

BURNED tells the little-known story of the accelerating destruction of our forests for fuel, and probes the policy loopholes, huge subsidies, and blatant green washing of the burgeoning biomass electric power industry.

BURNED is a feature-length documentary, which takes an unwavering look at the latest electric power industry solution to climate change. The film tells the story of how woody biomass has become the fossil-fuel industry’s renewable, green savior, and of the people and parties who are both fighting against and promoting its adoption and use.

Through interviews with activists, experts, and citizens, along with verité-style footage shot across the U.S. and in the EU and UK, the film interweaves the science of climate change, the escalating energy-policy disputes, the dynamics of forest ecology, the biomass industry practices, the conflict between jobs and trees, and the actions of activists and citizens who are working to protect their own health, their communities, the forest, and the planet’s climate.

Woven together, the various stories present an intimate and visceral account of what is at this moment in time a critical, yet mostly unknown, national and international controversy.

Voices from the film…

“That biomass energy is seen as a carbon neutral option – It’s a pure political decision.”

“If you’re interested in reducing emissions now, then burning something that puts more carbon
into the air than the thing you’re replacing, which is coal, doesn’t make sense.”

“If we truly want to mitigate climate change, then we’ve got to make sure our forests are storing a lot of carbon.”

“It seems to me like climate change is a kind of final exam for our species. We’ll find out if the big brain was in fact a good idea or not. Maybe if it’s connected to a big enough heart to make a difference. We’ve been given ample warning by the world’s scientists. Now the question is whether we’ll heed it or not.”